Killed In the Line of Duty

On Sunday, March, 24, 1968, Police Officer Larry Howard, a two-year veteran of the Creve Coeur Police Department, was killed while en route to the hospital on an emergency medical conveyance.

Officer Howard was eastbound on Ladue Road when his police vehicle, which was operating with red lights and sirens, was struck at the intersection of Lindbergh Boulevard and Ladue Road.

To honor his memory, the Creve Coeur Police Department developed a Challenge Coin as an award for outstanding performance. 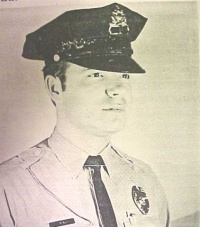 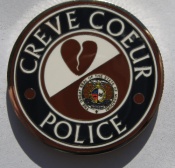 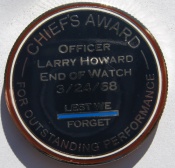